From an early age, Megan Reynolds ’19N has had a passion for helping people.

“Humanitarian work has always been integral in my drive to provide health care. My earliest memory as a kid was wanting to respond to the genocide in Sudan,” said Reynolds, a nurse in the Burn Trauma Intensive Care Unit at Strong Memorial Hospital who was honored by the School of Nursing in 2020 with its Humanitarian Award. “I’ve always known that I was going to end up doing this work in some capacity.”

To maximize the impact of her work, Reynolds realized that she had to gain actual experience in health care first, which led her to the UR School of Nursing’s Accelerated Bachelor’s Program for Non-Nurses (ABPNN).

“I think there are a lot of people who may have good intentions with humanitarian work, but aren't bringing anything useful,” she said. “I knew I needed to bring tangible change.”

At the School of Nursing, Reynolds didn’t just focus on academics, but immediately went about putting her knowledge into action. In addition to her work with programs focusing on student wellness and student advocacy and her role as a mentor for the Center for Academic and Professional Success (CAPS), Reynolds redefined the role of nursin in the UR Nursing chapter of UR Street Outreach, a student-run initiative that improves accessibility to uninsured and underserved adults in Rochester.

As a volunteer, Reynolds was impressed with Street Outreach’s mission and execution of weekly trips despite the grueling academic schedules the SMD students faced. However, the group struggled to staff three shifts a week. That’s when Reynolds saw a need for nurses. 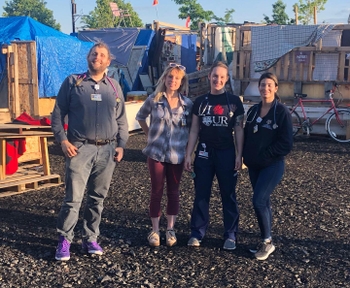 “We were building relationships, educating, and providing trauma-informed care—that’s what UR Nursing students excel at,” said Reynolds.

Since nursing's role in the UR Nursing’s Street Outreach chapter was redefined, the group has not experienced a single understaffed shift.

At her Commencement ceremony, Reynolds was honored with the Paul Burgett Nursing Student Life Award, an achievement given to a graduating student who has enriched the School of Nursing environment regarding diversity, raised awareness of different cultural issues, actively participated in improving student life, has been a positive catalyst for change, and has the potential to influence nursing practice to be inclusive of all culture.

Shortly after that, she was on to her next mission. Reynolds received a call from her friend Dan Taylor, board member of Global Response Management (GRM) Group, a non-profit that delivers emergency medical care and humanitarian relief in high-risk areas.

Taylor invited Reynolds to join GRM in providing medical care to a camp populated by over 3,000 asylum-seekers and refugees in Matamoros, Mexico. Reynolds accepted and left for Mexico in early May 2020.

In 2018, the United States Department of Homeland Security enacted The Migration Protection Protocols (MPP), commonly referred to as the “Remain in Mexico” program. The protocol requires asylum seekers to stay in this camp in Mexico until their paperwork is processed by U.S. immigration courts.

Reynolds described the camp as “a patchwork system of tarps and tents on a stretch of dirt about two football fields long. Women, children, and infants were packed into these tiny filthy spaces with no health care or ability to cook and clean, and little access to food or hygienic materials of any kind.”

The camp gained access to drinkable water after GRM sent engineers to build a water filtration system that purifies water from the Rio Grande. A medical clinic established in the center of camp consisted of an RV and three semi-permanent humanitarian tents. Conditions are the very definition of low-resource medicine—sparse equipment and limited medical supplies.

In addition to members of GRM, the medical care team at the camp had three full-time physicians, two nurses, and two interpreters who ran the operation seven days a week, all of whom are Cuban and seeking asylum, as well.

Most of the cases the medical team treat are caused by malnutrition due to inaccessible resources, such as clean water, medicine, and healthy foods. Many children experience rashes from being exposed to chemicals and pollution. The camp burns plastic at all hours of the day to cook because energy-fueling resources like wood are scarce. The pollution in the air exacerbates other conditions present in many adults and puts children at risk for developing asthma.

Reynolds recalls sending a man to the hospital after he broke his elbow because the medics were unable to provide an X-ray or administer pain control.

“Due to the danger in Matamoros, we cannot carry any narcotics whatsoever at any time. If cartels found out we had narcotics, they would steal all the supplies. With limited recourse medicine, you do what you can with what you have. It’s an art,” she said.

After two weeks of caring for the people in Matamoros, Reynolds returned home to Rochester.

When asked how prepared the camp was for COVID-19, which was just starting to intensify during her stay, Reynolds said, “GRM has done a fantastic job building a field hospital, a COVID-19 isolation area, and screening area.” However, according to Reynolds, a wave of the virus seemed inevitable for the camp.  “It's going to be devastating because of the state these people are forced to live in.”

Despite the limited resources, dangerous conditions, and uncertainty of their citizenships, Reynolds was shocked to see how generally happy people were there.

“They all help and take care of each other. I promise you that I would not be positive if I was in their shoes. Yet, they are so filled with love,” she said. “They have such a phenomenal sense of community there. We were there for Mother's Day and somehow they were able to sneak some cakes and throw a celebration for all of the mothers in the camp.“

What especially strikes Reynolds is how happy the children are. “I think you have to understand the situation they came from to understand how this is an improvement,” she said.

Reynolds said she would love to return to the camp in Mexico, but she also has other projects tugging at her attention. “I would go to the Navajo Nation if I could do anything in the world right now. They are in desperate need of critical care personnel.”

Reynolds encourages everyone to get involved with humanitarian work, especially fellow health care practitioners who can use their skills to provide medical relief.

When deciding what causes to get involved in, Reynolds offers this advice: “Listen to what evokes emotion in you and use it to educate yourself. Once you’ve researched, then offer your time. If you can’t offer time, then there's always a need for funds. If you’re not in the financial place to give money, then spread awareness.” 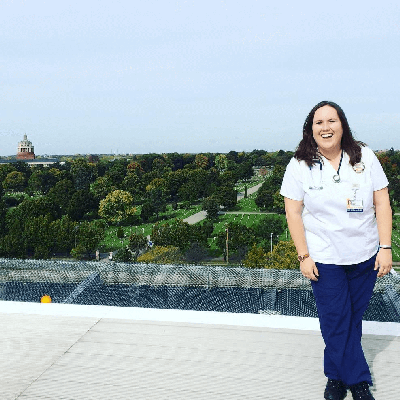 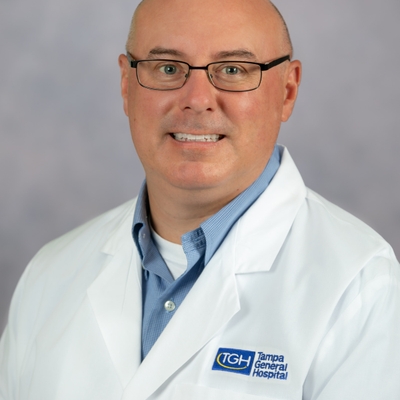