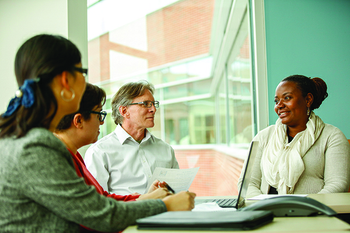 The University of Rochester has long been on the front lines of the fight against HIV/AIDS, dating back to the earliest days of the epidemic. Michael Gottlieb ’73M, identified the first cases of AIDS in 1981, and within six years of that discovery Rochester’s first HIV clinic was established at the UR Medical Center (URMC).

Today, the University of Rochester’s Center for AIDS Research (CFAR) is one of only 19 such centers established by the National Institutes of Health (NIH) and attracts more than $10 million annually in NIH funding. Designated one of URMC’s Areas of Excellence, the CFAR has more than 120 members across six schools and institutes and serves as an anchor for HIV/AIDS researchers, providing leadership and infrastructure within the University to create interdisciplinary collaborations to foster high-impact research results.

On a smaller scale, the same thing is happening at the School of Nursing. Its Interdisciplinary Sexual Health and HIV Research (INSHHR) group pulls together investigators from across the school, leveraging their varied experiences, backgrounds, and skills to boost the impact of research aimed at improving sexual health and HIV-related outcomes. In just a few short years, membership in the group has grown to nine members – the largest group of HIV investigators working in behavioral or population health – and it accounts for approximately 15 percent of all HIV-related funding at the University.

Not a bad return for a modest 2015 investment from Dean Kathy Rideout, EdD, PPCNP-BC, FNAP, aimed at hiring some additional investigators and cultivating collaboration.

“When you invest in passion and people who have a purpose, you can see that the outcome is extraordinary,” said Rideout. 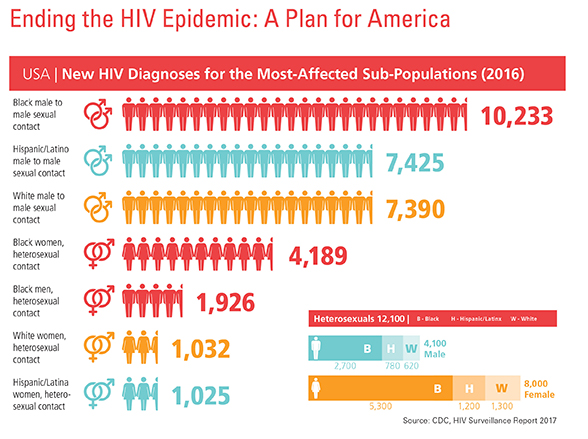 While the total number of AIDS diagnoses and deaths from the disease have dropped precipitously since the peak years of the early 1990s, the HIV epidemic is far from eradicated in the U.S. Pockets of the population – such as men who have sex with men, and black women – are affected at disproportionately high rates (see infographic). Thanks to more widespread testing and education, the number of people living with HIV and AIDS has doubled in the past 20 years, which presents its own challenges as both individuals and health care systems continue to grapple with what it means to live with HIV and how to prevent exposure to their loved ones.

Recognizing an opportunity to capitalize on the shift from HIV treatment to prevention, the Department of Health and Human Services (HHS) has laid out an ambitious 10-year plan to reduce the number of new HIV infections by 90 percent.

The University of Rochester’s CFAR program features many researchers working to that end, but the INSHHR group at the School of Nursing is particularly well-poised to advance the science and produce new knowledge that has an impact on ending the epidemic nationally, as well as globally, said the group’s chair, Jim McMahon, PhD.

McMahon was one of the founders of the INSHHR group in 2015. The original small team of faculty members shared a research interest in HIV/AIDS but each came from a different background and focused their work in different areas. They were connected loosely by subject matter, but in practice, their work rarely intersected.

The idea behind INSHHR was to add some postdocs and bring together investigators and PhD students who not only came from different disciplines but had different specializations andresearch skills. For instance, among the tenure-track faculty members, McMahon comes from an anthropology and social epidemiology background, focuses on HIV prevention and intervention with heterosexual couples, and specializes in mixed methods and quantitative analysis. Natalie Leblanc, PhD, MPH, RN, BSN, however, comes from a nursing and public health background, focuses on health and couple-based services, and specializes in qualitative analysis and community-based participatory research. 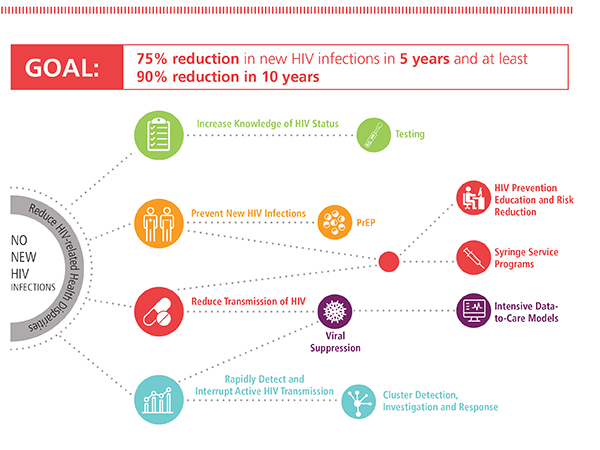 Combining the strengths of each individual through regular meetings, other structured exercises, and the organic collaborations that stem from having offices in close proximity with one another, created a cross-fertilization effect that introduced new thinking and differing perspectives, which in turn helped foster more collaboration and sparked more innovation.

The multi-investigator approach has resulted in a huge spike in both productivity – measured in terms of peer-reviewed publications by INSHHR members – as well as the number of collaborative projects carried out by INSHHR researchers. The collaboration extends not only to other members of the group, but with other members of the School of Nursing and investigators across the UR campus. In 2017-18, INSHHR team members published 47 peer-reviewed articles, of which 16 featured collaboration among group members and 21 involved co-authoring with any UR colleague. Only 22 were created independently. Four years earlier, before the advent of the group, members published 21 articles, 15 of which were done independently.

The numbers have also been boosted by a number of small pilot grants awarded to some of the group’s junior investigators, McMahon said. This microfunding is a crucial piece in terms of laying the groundwork for future NIH funding and preparing those investigators for larger, more impactful research projects aimed at meeting the HHS goal of eliminating the HIV epidemic. 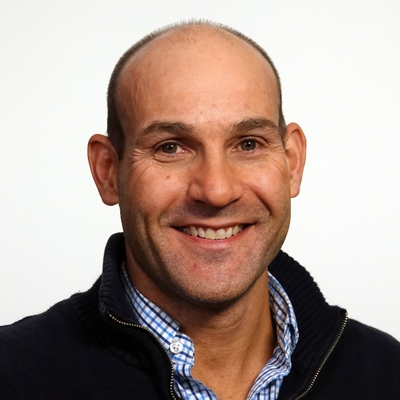