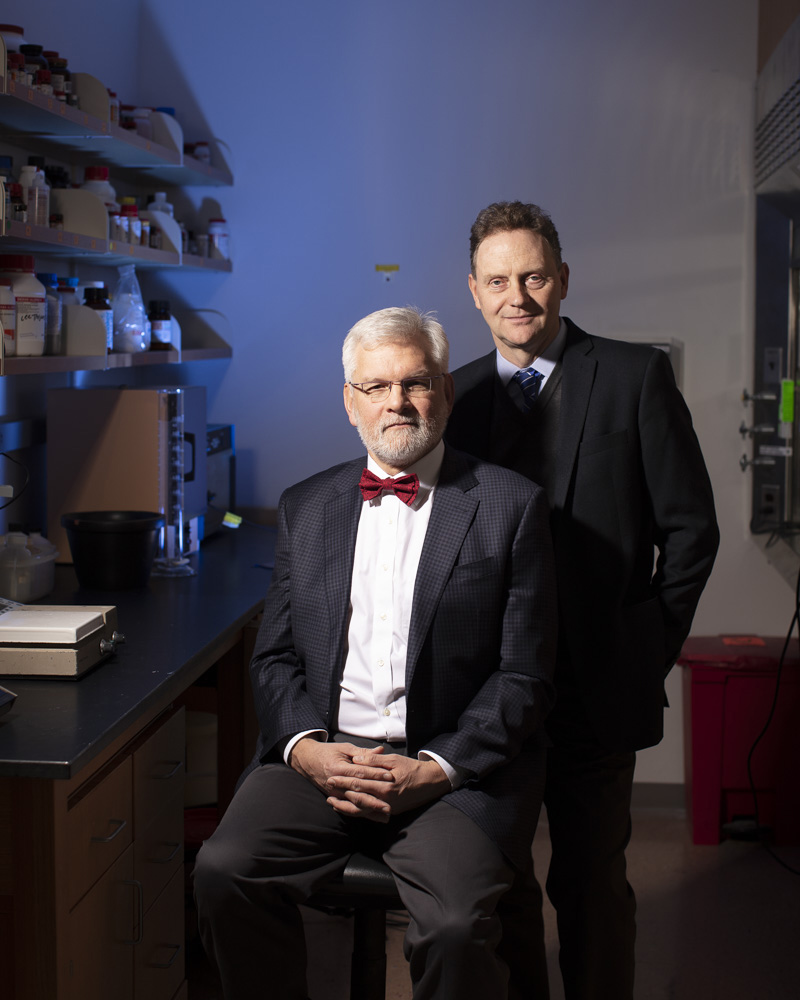 About ten years ago, most of what researchers knew about Alzheimer’s disease (AD) was turned on its head with a dramatic discovery. But, as assistant director of the Del Monte Institute for Neuroscience Kerry O’Banion, MD., Ph.D., puts it, “In some ways, that’s the best thing that can happen in science.”

Alzheimer’s is one of the most significant public health challenges facing the nation; by 2050, an estimated 13.8 million Americans will have the disease at an estimated annual cost of $1.1 trillion to the healthcare system. Since the early 1990’s, O’Banion has been researching AD, which begins in areas of the brain important for memory before spreading to areas critical for making decisions. Around the time that he started, it was assumed that inflammation in the brain was the driver of the damage that appears in AD. However, clinical trials intended to slow neuroinflammation with non-steroidal anti-inflammatory drugs were not successful.

Almost a decade later, O’Banion and his colleagues discovered that neuroinflammation might not be so bad – in fact, it might even help hold the disease at bay. After figuring out how to trigger the inflammatory process in the brain genetically, they applied this technique to mouse models of AD, expecting that the disease would get worse. Instead, what they found, remarkably, was that the pathology got better. This finding was unexpected, to say the least.

While O’Banion continued to investigate the link between neuroinflammation and AD, the pharmaceutical industry took a different direction, targeting the accumulation of toxic peptides that lead to a disease hallmark known as plaques. Over the last several years, various promising drugs have failed in late stage clinical trials that focused on eliminating plaques. Billions of dollars later, the scientific community is still no closer to finding a way to reverse the course of the disease, leading many to conclude that new approaches are needed.

Fast forward to the present and researchers at the University of Rochester Medical Center (URMC) remain at the forefront of AD research. Collaboration among scientists across multiple departments and disciplines are being fostered by the Del Monte Institute for Neuroscience to tackle this complex disease.

Now considered a pioneer in the field, O’Banion is currently focused on investigating how to stop the inflammation in the brain that leads to memory problems and cognitive decline. He is exploring the idea of re-programming the microglia – a cell type that serves as the immune system’s ‘first responder’ – to harness the benefits of inflammation, while at the same time squelching the potentially toxic effects of these cells in an effort to halt the spread of disease.

O’Banion and his longtime collaborator, John Olschowka, Ph.D., run laboratories that utilize mouse models to focus on the role of neuroinflammation in neurodegenerative disease and central nervous system injury.

“We’re looking at ways to modify the peripheral immune system so that it talks to microglia and makes them happier,” said O’Banion. “We’re using information about microglia that’s been gathered in the last few years and we’re very excited about what we’re learning.”

Rusty Elliott, Ph.D., with the URMC Center for Vaccine Biology and Immunology has been collaborating with O’Banion and Olschowka, and together they’re working on mechanisms by which microglia could be harnessed to clear the plaques that accumulate in the brains of people with AD.

The duo also works closely with Ania Majewska, Ph.D., or, as O’Banion fondly calls her, “The Microglia Guru.” Together they have a pilot project through the Del Monte Institute that’s aimed at trying to modify microglia responses to AD. “We’re using a method that gets rid of all microglia and then allows them to start again to see if the newly-born microglia are better at their job than the old microglia,” said O’Banion.

In addition to basic research, there is wealth of clinical AD-focused research occurring at the University. Anton Porsteinsson, M.D., is the director of the Alzheimer’s Disease Care, Research and Education Program (AD-CARE) at URMC. At any given time, the AD-CARE program participates in about 15 national and international clinical trials for the disease.

Porsteinsson, a professor in the Departments of Psychiatry and Neurology, is a 20-year collaborator of Bob Chapman, Ph.D., in the Department of Brain and Cognitive Sciences, and for the past five years has partnered with Feng (Vankee) Lin, Ph.D., R.N., in the School of Nursing. AD-CARE often works closely with the Department of Imaging Sciences and also helps Del Monte Institute investigators John Foxe, Ph.D., and Ed Freedman, Ph.D., recruit participants for their AD research. It doesn’t stop there. Porsteinsson adds, “For our studies, we’ve also had to work closely with Dermatology for skin monitoring and with Ophthalmology for eye health monitoring. It’s not something we’re doing in a vacuum. We’ve been very lucky to have willing and very competent collaborators in several departments.”

URMC is considered a top recruiting site for the federally-funded Alzheimer’s Disease Neuroimaging Initiative (ADNI) study, a mark of distinction that Porsteinsson says speaks volumes about the commitment of the Rochester community. “It reflects tremendously, not only on our operation and the University, but also on the willingness of this community to participate in clinical trials and push back against Alzheimer’s disease,” he said. “There’s really a special goodwill in this area.”

ADNI is a long-term study that that tracks brain aging through neuroimaging and is now focused on investigating how fast cognition and brain function change over the course of the disease.

While there are a host of studies currently active in the AD-CARE portfolio, Porsteinsson said he is particularly excited about a few prevention investigations. The program is involved in three different studies that look at cognitively normal individuals whom have either biomarker evidence of an evolving AD process in their brain or genetic markers that significantly increase their risk for AD and intervene with different treatments targeting the evolving increased amyloid burden.

“We’re looking forward to closer collaboration with basic and translational science at the Del Monte Institute,” adds Porsteinsson. “It gives us a number of very exciting potential avenues.”

There are many other investigators at the University engaged in AD research. Maiken Nedergaard, M.D., D.M.Sc.,with the Center for Translational Neuromedicine is investigating how to manipulate the glymphatic system – the brain’s unique waste disposal process – to improve the brain’s ability to remove the toxic proteins associated with the disease. Rashid Deane, Ph.D., a research professor in the Department of Neuroscience, studies the different types of the APOE gene and their association with AD risk. Gail Johnson, Ph.D., a professor in the Department of Anesthesiology, explores molecular mechanisms underlying the formation of tangles, another hallmark pathology of AD. Houhui (Hugh) Xia, Ph.D., an associate professor who holds the Paul Stark Professorship in the Department of Pharmacology and Physiology, investigates mechanisms underlying synaptic communication, a process fundamental to learning and memory. Handy Gelbard, Ph.D., with the Center for Neurotherapeutics Discovery is investigating a compound that turns off a specific enzyme that sets the neuroinflammatory process in motion in diseases like Alzheimer’s.

Investigators who are conducting patient-oriented research include Vankee Lin, Ph.D., R.N., an associate professor of Nursing with a cross-appointment in Neuroscience, who is examining how computer-based brain fitness activities may help slow cognitive and functional decline in older adults with mild cognitive impairment, and in those at risk for developing AD and other forms of dementia. In the Del Monte Institute’s Cognitive Neurophysiology Lab, John Foxe, Ph.D., and Ed Freedman, Ph.D., are working on developing a potential diagnostic method to identify people at risk for AD using a novel Mobile Brain/Body Imaging (MoBI) approach.

Like many complex neurological disorders, there is growing recognition that there may not be one single approach that’s successful for prevention and treatment in Alzheimer’s. Successful treatment strategies will likely require a combination of therapies, preventative approaches, and advanced neuroimaging to address the growing prevalence of the disease as the population ages. The Del Monte Institute for Neuroscience has identified tackling this devastating disease as one of its key 10-year objectives and is supporting research through pilot grant funding and encouraged collaboration. Together with the Rochester community and numerous departments, laboratories and investigators across the University, the Institute is determined to remain at the forefront of the battle against Alzheimer’s disease and tackle the epidemic head-on.

This article appeared in the Winter 2018-2019 issue of NeURoscience. 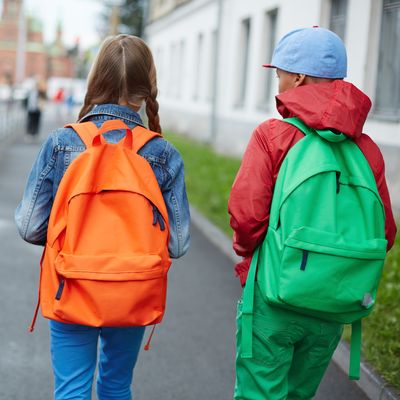 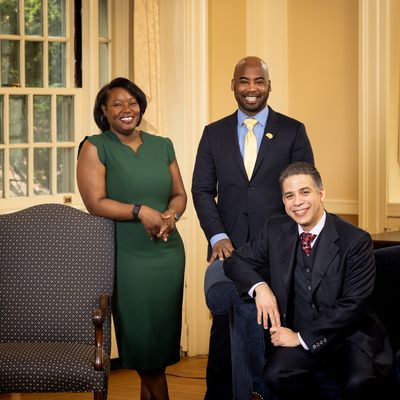 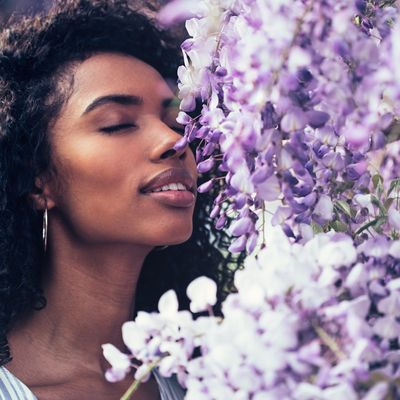